Get Engaged, Get Involved!!

With the announcement of Tom “Covid” Barrett as a candidate for the yet completed new congressional district covering Eaton County the 2022 election cycle has begun.  This is a congressional seat that we, the Democrats, can win.  We must start now to appeal to all Democrats in Eaton County as well as independents, that this candidate is not the candidate of the people.  Instead of getting to work helping Michigan families, he’s been more focused on ideological issues that do nothing for the middle class.

During his time in the legislature, he voted to ban local minimum wage increases, against prevailing wage requirements that protect Michigan workers by ensuring they are paid fairly and in favor of a gas tax that hits Michigan families amidst record-breaking inflation. He has also engaged with the voter fraud lies as he accompanied the Republican group that visited the former President, upon his request, and sipped on $500 bottles of champagne.

The proposed State Senate redistricting which is a major change of the current gerrymandered district is also a seat that can be won by a Democrat!  More information to come on the potential Democratic candidate for this seat.  As far as the State House, the Republican candidate that lost in the last election has also announced that she will run again. The proposed redistricting for the State House will divide Eaton County from 2 districts to 4 and it will be interesting what the final map will look like.

We need your help to help fill positions and committees today if we are to be successful! 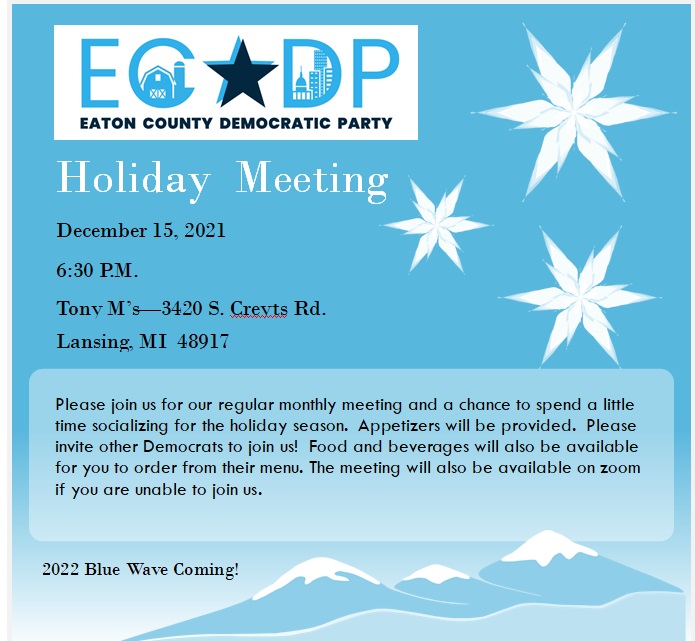 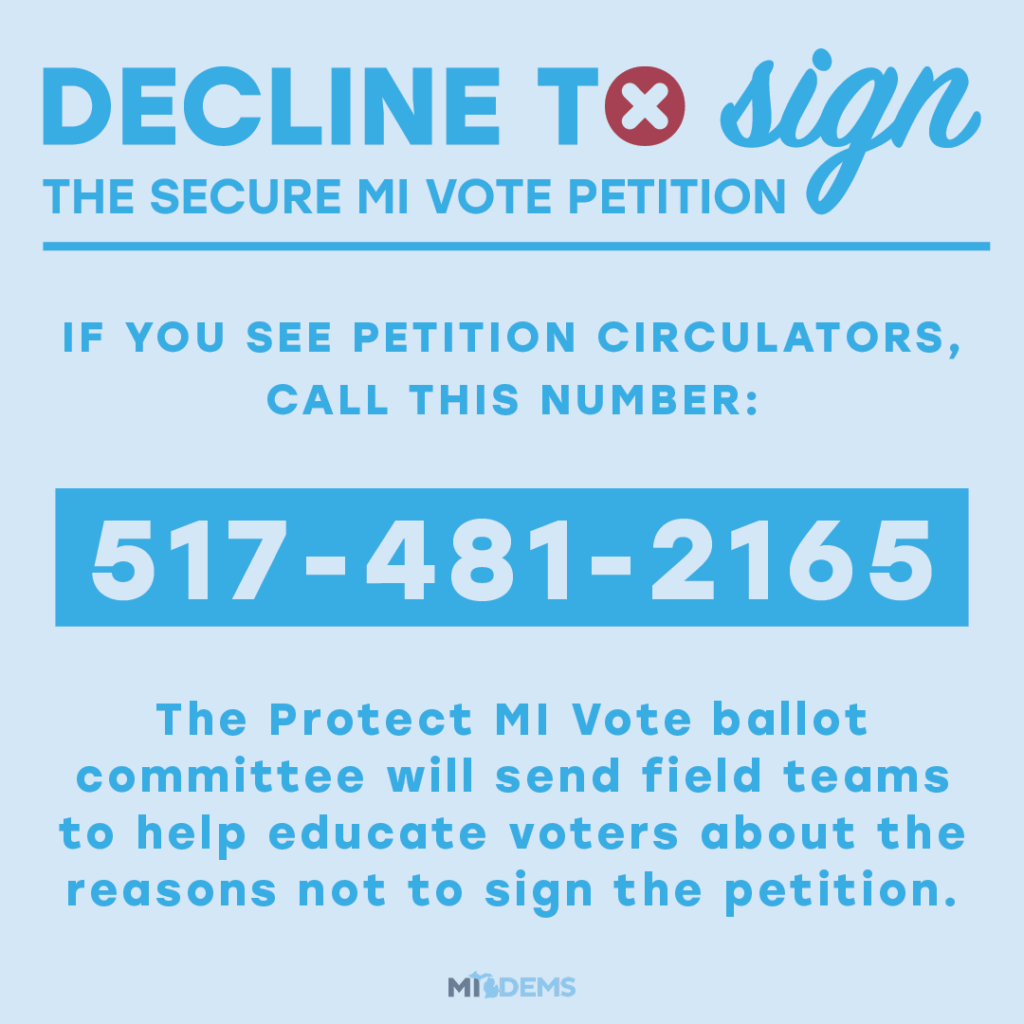 Help support Democrats all over Eaton County with a donation to our PAC. Click the button to donate with a credit card.

WASHINGTON (AP) — President Joe Biden pledged Monday that his social agenda legislation would deliver tangible savings on prescription drugs for all Americans. Relief that consumers have clamored for is now in sight, he asserted.

Each month Representative Witwer will be showcasing a teacher in District 71 in her bi-weekly newsletter, on social media, and much more. If you know

What’s next for the Line 5 court battles? ⋆ Michigan Advance

Since mid-2019, Canadian pipeline company Enbridge and the state of Michigan have been locked in numerous court disputes about the fate of the controversial Line 5 pipeline that has transported oil under the environmentally sensitive Straits of Mackinac since 1953. Until last week, the first and pri...

President Joe Biden signed the Protecting Moms Who Served Act into law! This bipartisan bill will ensure our women Veterans have the highest-quality maternal health

More great news from our Governor!

Gov. Whitmer announces $3B in refunds for Michigan drivers

Drivers are expected to receive checks in the second quarter of 2022.

We can't wait any longer to address the climate crisis! We've got to use every tool we have to do something about it before it's

The package would repeal existing state bans on abortion that would take effect if the Roe decision falls in a current Supreme Court case.